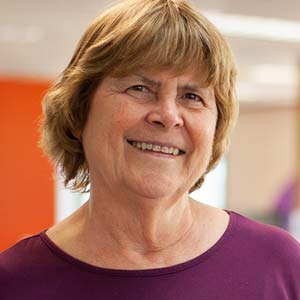 Marilynn Bolt Brewer was born in Chicago in 1942. Although neither of her parents attended college, both encouraged her to pursue her education and she received her Bachelors of Arts in Social Sciences in 1963 from North Park college with honors. She was greatly influenced by a faculty member who encouraged her to pursue a graduate degree. Following that advice, Marilynn applied for and received a National Institute of Mental Health Fellowship and attended Northwestern University where she worked under the mentorship of Donald T. Campbell and received her PhD in Psychology in 1968.

Over a distinguished research career in social psychology, Dr. Brewer's major interests include social cognition, the perception and cognitive representation of individual persons and person types; intergroup relations, especially the study of ingroup biases and the effects of contact between groups on intergroup acceptance; and social identities and the self-concept, studying how our identities are shaped by our group memberships. Her contributions to social psychological theory include Optimal Distinctiveness Theory of social identity, and Social Identity Complexity theory.