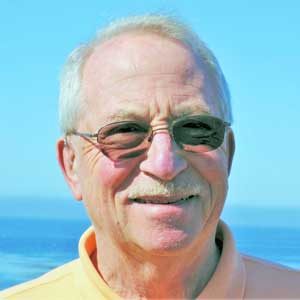 Samuel (Sam) Gaertner is the Trustees Distinguished Professor Emeritus at the University of Delaware in the Department of Psychological and Brain Sciences. Sam devoted his career to investigating the nature of intergroup bias and ways to create more positive and enduring intergroup relations. He has inspired  his students with his creative insights, passion for high quality research, dedication to the profession, and genuine commitment to making the world a better place.

Sam was born in Brooklyn, New York in 1942. Although neither of his parents attended college, Sam once remarked that they encouraged him to value this endeavor seemingly before he was born. Sam earned his B.A. (1964) and an M.A. (1967) from Brooklyn College and his Ph.D. (1970) from The City University of New York: Graduate Center where he was mentored by Bernie Seidenberg and Stanley Milgram.

Sam’s dissertation included a field experiment involving pro-social behavior among registered Liberal and Conservative Party members toward Black and White adults that produced some serendipitous yet provocative findings indicating that both groups discriminated against Blacks, but did so in different ways. These results raised a number of questions about the mechanisms underlying discrimination, especially among liberals who historically have scored relatively low on prejudice inventories. Sam began to pursue answers to these questions as he began his academic career spanning 46 years at the University of Delaware.

In 1973 Jack Dovidio came to Delaware as a graduate student to work with Sam. He came with a range of interests including altruism, and nonverbal behavior but with a primary personal interest in intergroup relations and prejudice. After two years, their group-based boundary as faculty advisor and graduate student disintegrated, and they became a research team, each with their own personal interests and skill sets, and have been colleagues, collaborators and close personal friends ever since. Over the years, they each together and separately collaborated with graduate students and post-docs in their labs and other researchers across the globe—but it all started in 1973 when they began to design a series of studies that explored the dynamics of aversive racism.

As the studies of aversive racism were being conducted, Sam began to think about how might the discriminatory behavior, particularly among aversive racists who believe that they are not prejudiced but discriminate in subtle rationalizable ways be reduced. At this time, Sam considered the possibility that discrimination may often be driven by increased positive regard for those categorized as in-group members rather than to negative regard toward out-group members. This approach suggested that discrimination might be reduced by inducing in-group and out-group members to re-categorize themselves as members of a larger, more inclusive superordinate group. This thinking resulted in the development of the Common Ingroup Identity Model. It was noted, that re-categorization would not necessarily mean completely forsaking original in-group identities completely but could involve a dual identity in which both sub-group identities and a superordinate group identity exist simultaneously.  A series of laboratory and field studies conducted by Sam and Jack together and separately across a variety of settings including, a multi-racial high school, a football stadium, corporate mergers, step-families, an anti-bias elementary school intervention and medical settings (with the help of Lou Penner and his colleagues) found support for the idea that inducing a common in-group or a dual identity can improve intergroup relations.

Sam has established an enviable academic record and earned an international reputation in the area of intergroup relations. He is an imaginative scholar who has made a series of unique and extremely valuable contributions. He employed a range of techniques to understand prejudice and discrimination including some pioneering work in social psychophysiology and social cognition. David Amodio and Saaid Mendoza (2010), for example remarked in a Handbook of Implicit Social Cognition chapter that, “A seminal series of studies by Gaertner and McLaughlin (1983) first demonstrated the implicit priming of racial stereotypes.

Sam and Jack were awarded the 1985 and 1998 Gordon Allport Intergroup Relations Prize, the 2004 Kurt Lewin Memorial Award (a career award) from the Society for the Psychological Study of Social Issues (SPSSI) and Sam was awarded the 2007 Distinguished Service to SPSSI Award, and the 2012 Career Contribution Award from the Society for Personality and Social Psychology.

At the Lewin award ceremony for Sam and Jack, Claude Steele introducing their presentation, remarked, “In the history of the field, there are relatively few great, lasting collaborations—collaborations in which the power of each person’s contribution becomes clear, just as, throughout their careers, a combined contribution is also clear, distinct and powerful….Their insights into the psychology of human prejudice have been penetrating and comprehensive in scope. Individually and together, they have accounted for an extraordinary amount of research progress in this area have been penetrating in scope. Their body of work constitutes a real pillar of our field.”