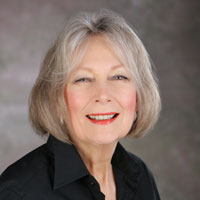 Ellen Berscheid was born in northwestern Wisconsin where her Norwegian ancestors settled when it was the Northwest Territory. Her life thereafter alternated between Wisconsin and Nevada where she graduated from Reno High School, then returned to Wisconsin to attend Beloit College where she planned to major in Mathematics as aptitude tests, past performance, and counselors advised her that she had a very high aptitude for math. However, the unwanted and inappropriate attentions of her first math professor contributed to her decision to go back to Nevada and enroll in the university there. Dismayed that all U of Nevada students were required to take Introductory Psychology, she wanted to rid herself of that nuisance quickly and added that course, taught by Paul Secord, to those needed for her new major in English Literature. At the end of his Psychology course Secord mentioned that next semester he would be offering a new seminar titled “Perception and Cognition.” Having not paid much attention to what he had taught in Intro Psychology, Berscheid signed up thinking the seminar would address the mysteries of extrasensory perception and pre-cognition.  After a week in the seminar, just as Berscheid began wondering if Secord would ever get around to something interesting, he did. It was nothing on   reading minds and such but Secord began to talk about Heider’s views of phenomenal causality, the “new look” in social perception, and interpersonal attraction.

Secord had just presented a paper on “Facial Features and Interference Processes” at the seminal 1957 Harvard—ONR symposium on Person Perception and he also had been given a grant from NIH, which had just begun to fund social science research. The grant included one research assistantship which he awarded to Berscheid (one of the few students who had taken his seminar and stayed to the end).  When his departmental colleagues subsequently criticized him for giving that rare research assistantship to an undergraduate (not a graduate) student and one who was not even a Psychology major, Secord asked Berscheid if she would mind changing her major. She simply added on a Psychology major and received both her B.A. and Master’s degree in both fields in 1960.

The U of Nevada did not offer a doctorate in Psychology, but at Secord’s insistence Berscheid applied for, and surprisingly received, a Public Health Service Predoctoral Research Fellowship, which she could take to any university that would admit her to their graduate school. At that time, few universities admitted women to their graduate schools in Psychology (or any other field) even though the Fellowship would pay the university to train that woman and would also give her a stipend to live on. Higher education for women was widely seen to be a waste of resources. For example, Berscheid filled out Duke University’s very long doctoral application form only to find at the very end, in small print, the statement: “Applications accepted from men only”.  Secord finally called his friend, Harold H. Kelley at the University of Minnesota, and prevailed upon him to take her. She went back to her native Northwest but Kelley’s luke-warm greeting, combined with the stress of personal adjustments to her recent marriage and a death in the family, led Berscheid to give her research fellowship back and go to work at Pillsbury in their Research & Development department. (Kelly later appeared in her life again when her work in Psychology was again jeopardized; he became a revered close friend and mentor).  A year or so later, and bored with her job, she heard that Elliot Aronson had arrived at the U of Minnesota mid-spring and was looking for a research assistant. She applied for the job and got it despite their initial vigorous exchange of views about whether women belonged in graduate schools. She was enjoying the research job so much she thought it was too good to be true. It was. Aronson got a message from the Graduate School that research assistants had to be “graduate students in good standing”.  So, he told Berscheid, “You have to take some courses”. “What courses?” she asked. “Just do what the other graduate students are doing”, he said. Berscheid had signed on to be a research assistant, not to spend her time taking courses, so she took the minimum possible. Also, she had no desire to get a Ph.D. as it was worthless—just another dead end as no one would hire a woman. But she loved the research job so she did what she had to do to keep in “good standing” and took the same doctoral exams the other graduate students did. This all led to Berscheid receiving a Ph.D., despite the fact that the Graduate School balked at giving the degree to someone who had taken so few courses in Psychology. Aronson then pointed out to them that she had met all their rules by passing all their examinations, written and oral, and authoring an accepted thesis; in other words, their Ph.D. essentially amounted to an “examination degree”. After begrudgingly forking over the degree to Berscheid, they immediately changed their rules and made a minimum number of courses in the doctoral subject a requirement.

Her previous work at Pillsbury then helped her secure a temporary professorship in the Marketing Department of the U of Minnesota Business School (where all her fellow students were male, as was the faculty). When that job was close to ending, her friend Elaine Hatfield had just secured a professorship in the Psychology Department at the U. of Rochester and arranged for Berscheid to get Hatfield’s job in the U of Minnesota Student Activities Bureau. Then, a year or so later, John (Jack) G. Darley, the new and powerful Chair of the Department of Psychology, surprised many at the U of Minnesota when he somehow got Berscheid a professorship in the all-male Psychology Department. It still is a mystery how he did it. When asked by curious people, the Dean of the College simply would say, “One morning Jack Darley got out of bed, went to the window, raised the blind, and said “Let there be woman!”. Darley had not informed Berscheid of the change beforehand; rather he only informed her after the fait accompli, telling her that she would now be working in the Psychology Department, not the Student Activities Bureau and that was the end of the story.